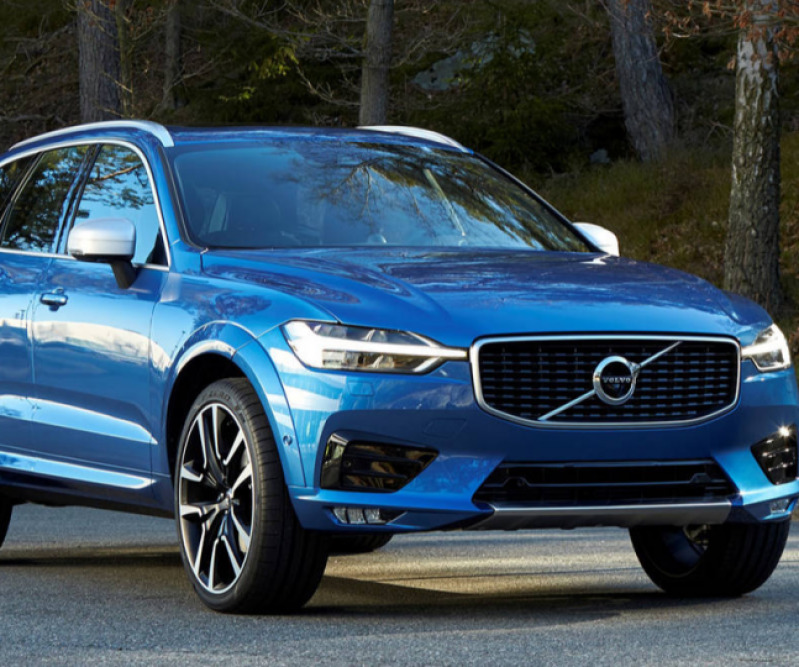 The Road to World Car journey concluded at the New York International Auto Show with the Volvo XC60 named as the 2018 World Car of the Year.

“I am pleased to see our company’s product investments paying off,” said Håkan Samuelsson, president and CEO of Volvo Cars. “We are up against some tough competition, but this award for the XC60 shows that Volvo has the right combination of design, connectivity and safety that appeals to customers across the world.”

Earlier this month in Geneva, Samuelsson, was honored as the receipient of the inaugural “World Car Person of the Year” award.

The Volvo XC60 was chosen from an initial entry list of 34 vehicles from all over the world, then a short list of 10, reduced to three finalists announced in Geneva earlier this month: the Mazda CX-5, the Range Rover Velar and the Volvo XC60.

To be eligible for the overall World Car award, the candidates must become available for sale on at least two continents during the period beginning Jan. 1, 2017 and ending May 31, 2018.

This year, vehicles were selected and voted on by an international jury panel comprised of 82 top-level automotive journalists from 24 countries. Each juror was appointed by the World Car Steering Committee on the basis of his or her expertise, experience, credibility and influence. Each juror typically drives and evaluates new vehicles on a regular basis as part of their professional work. Through their respective outlets they collectively reach an audience of multiple millions worldwide. The international accounting firm KPMG tabulates the jurors’ ballots.

The Road to the World Car began in Frankfurt on Sept. 19, 2017, and was followed by the first-ever Tokyo Test Drive conducted at the BMW Tokyo Bay facility in October, giving jurors yet another opportunity to evaluate contenders that might not be available in their home markets. Then, the fourth annual “L.A. Test Drives” took place across a six-day period in November with a record number of 35 jurors participating. The “Top Three In The World” finalists were announced earlier this month at the Geneva motor show. The Road to World Car journey ended March 28 at the New York International Auto Show with the declaration of the winners in all categories.

2018 marks the 12th year of World Car’s partnership with the New York show, and the fifth consecutive year that the World Car Awards have retained their ranking as the No.1 automotive awards program in the world in terms of media reach.

“The New York International Auto Show is proud of the tradition it has built with the World Car Awards to recognize the ‘best of the best’ in the auto industry,” said John LaSorsa, chairman of the New York International Auto Show. “Over the past 12 years this awards program has grown to become one of the most coveted honors for the world’s automakers.”

The Global Trends Report, co-presented annually by Prime Research and Autoneum, also was presented during the New York International Auto show press conference and media breakfast. The report is the culmination of research and insights across the past six months.

Autoneum CEO Martin Hirzel said, “Trends such as electromobility or autonomous driving shape the automobile future and offer great opportunities for Autoneum. As global market and technology leader in acoustic and thermal management, Autoneum is developing and manufacturing innovative products and technologies for the mobility of tomorrow. For example, our multifunctional, lightweight components are particularly suited for use in electric vehicles, as they help to reduce the vehicle’s weight, which is significantly increased by the battery. Thanks to our innovation leadership and advanced production processes, Autoneum is well-prepared for the automobile future.”

2018 marks the 10th anniversary of World Car’s relationship with Bridgestone. “At Bridgestone, we are focused on delivering sustainable mobility through innovative tire technologies and solutions that address global trends in transportation,” said Shannon Quinn, president, original equipment tire sales, U.S. and Canada, Bridgestone Americas Tire Operations. “We are proud to join the World Car of the Year organization again this year in celebrating the very best in automotive excellence.”